After a Dinner of Bubba's Favorite . . .
"Anyway, like I was sayin', shrimp is the fruit of the sea. You can barbecue it, boil it, broil it, bake it, saute it. Dey's uh, shrimp-kabobs, shrimp creole, shrimp gumbo. Pan fried, deep fried, stir-fried. There's pineapple shrimp, lemon shrimp, coconut shrimp, pepper shrimp, shrimp soup, shrimp stew, shrimp salad, shrimp and potatoes, shrimp burger, shrimp sandwich. That- that's about it." ~ Pvt. Benjamin Buford 'Bubba' Blue ~ in "Forrest Gump"
. . . we took a cool, breezy ride down the Parkway and then stopped at Hamlin Beach State Park for a stroll. 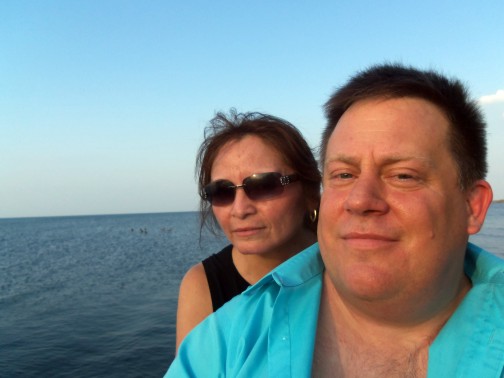 A 'Gift' . . . Each Time We See One ! !
"Love is the many faceted jewel that gives humans
the strength they need to meet the challenges of life."
~ from 'Earth Medicine' by Jamie Sams 1994
Walking In Rhythm,
Jahmahn
Posted by Jeff Mann at 10:20 PM

Jeff Mann
Loud and Proud American with Strong Opinions but Willing to Learn, Grow, and Change for the Better... One Who Seeks to Walk In a Beauty Way !!

CURRENT MOON
about the moon